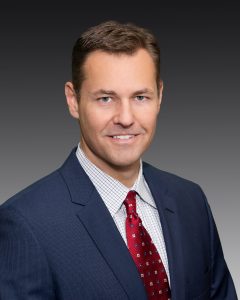 Jeremy King is the founder and President of Benchmark Executive Search.  For more than 20 years, Jeremy has played a strategic role in building the leadership organizations for more than 400 growth companies, including noteworthy publicly-traded success stories. His sterling reputation as a trusted advisor transcends his network of thousands of executives, investors and industry insiders.  This trust ties deeply into the highest-levels of the federal government, which has forged a network with senior government officials within the intelligence, defense and national security communities.  Jeremy has helped transition and guide hundreds of top federal executives and flag-officers into private sector, consulting, and board roles.

Jeremy’s firm has received recognition from:

Prior to founding Benchmark, Jeremy was a Managing Partner at Austin McGregor Executive Search where he opened the Silicon Valley office and subsequently expanded the firm’s East Coast High Technology and Federal IT practices. Jeremy’s gained hands-on general management experience in the technology industry that began at Erol’s Internet, where he led channel sales and business development. The company grew from 5,000 to more than 100,000 customers, helping Erol’s become the 7th largest ISP before its sale to RCN. Earlier in his career, Jeremy was the youngest search consultant at a top-10 retained executive search firm, including as a member of the firm’s leadership team in the company’s early-stage high technology practice. Jeremy graduated from Florida State University with a BS degree in Political Science.

Jeremy is conceiver and achiever in the non-profit sphere, with a talent to connect people and a dedication to support those who serve, which has been key to significant contributions to important causes.

The team at Benchmark quickly understood our business and specific position requirements, bringing us top notch executive candidates that really hit the mark.